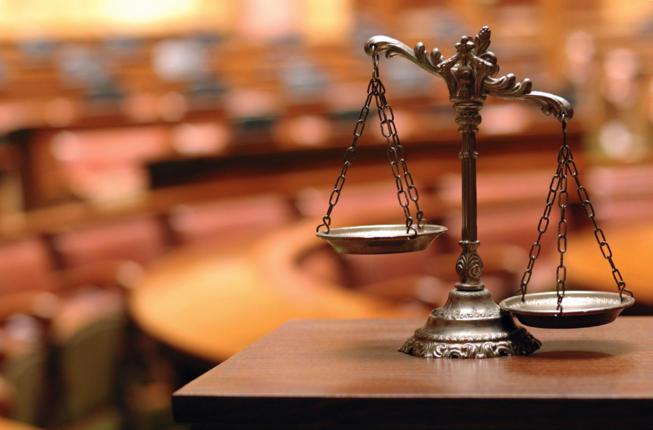 Bankruptcy law is federal law that allows individuals and businesses that cannot meet their financial obligations to be excused from paying some or all of their debt.  Bankruptcy in the United States is governed by Title 11 of the United States Code.  It is designed to insure fairness and equality among creditors; but also to help the debtor by allowing him to start afresh with property he can keep, unhindered by pre-existing debt.

In both the federal court system and the Illinois state system, there are three levels of judicial government.

Practice In both the federal and Illinois Appeals Courts requires expertise in the areas of legal analysis, legal research and legal writing, as well as knowledge of appellant procedure.

Rather than concerning a specific area of law, elder law deals with a specific segment of the general population; senior citizens.  Because of their vulnerability, the elderly are often victims of abuse and scams.  Elder law is a sector of both federal and state law that addresses issues unique to senior citizens.  These issues include physical abuse, neglect and/or endangerment; nursing home abuse, financial abuse, (such as fraud and scams targeting the elderly), veteran  benefits, Medicare and Social Security disability, as well as issuing dealing with estate planning, guardianship, and end of life advance directives.

Federal statutes that cover elder law include the Age Discrimination in Employment Act of 1967 (ADEA), 1987 Nursing Home Reform Act (NHRA), The Older American Act of 1965 (OAA), the Elder Abuse Victims Act of 2009, and the Elder Justice Act of 2009.

In Illinois, statutes that protect the elderly include the Adult Protective Services Act, the Elder Abuse and Neglect Act, and Abused and Neglected Long Term Care Residents Act.

In Illinois, paternity rights, or fathers’ rights, involve issues of child support, child custody, child visitation and parentage determination.  Illinois statutes dealing with children and families fall under Chapter 750 (Families) of the Illinois Compiled Statutes.  Paternity rights can also include issues of guardianship and adoption which are handled in Probate Court.

In Illinois, the legal precedent in cases involving children is to do what is in the “best interest” of the child.  Historically and traditionally, Illinois courts have favored mothers in issues involving children, especially custody battles.  Fathers, no matter how fit or qualified to be parents, usually have an uphill battle when fighting for custody of their children.  Because of this, fathers in particular, need attorneys who are willing to advocate for their parental rights.

Although the process of distributing a decedent’s property may seem simple enough, there can be various problems with probate.  First, the process is lengthy.  An estate can be in probate court for as long as two years, thus tying up property, money and assets that the heirs cannot receive until probate has been resolved.  Second, the process is expensive.  Litigation is costly, and probate is no exception.  Parties involved have to pay not only attorney fees, but often the personal representative and others involved such as realtors, appraisers and accountants, charge fees for their services.  Third, the process can cause animosity among family members.  Many families become embroiled in heated feuds because of disagreements regarding how the decedent’s estate should be divided.

Civil rights law is a broad array of federal and state laws that protects individuals from discrimination and harassment based on such characteristics as race, color, sex, national origin, religion and age.

The Civil Rights Act of 1964 is a landmark piece of federal legislation that established the precedent for subsequent federal and state civil rights legislation.  The act made it illegal to discriminate and/or harass individuals based on specific immutable (unchangeable) characteristics.  Although the act covered various areas of American life, including voting rights, (Title I) desegregation of public schools, (Title IV) and access to public accommodations, (Title II) the section of the act that is most prevalent in the courts today is Title VII; which deals with discrimination and harassment in employment.  The Civil Rights Act also mandated the establishment of the Equal Employment Opportunity Commission (EEOC).  Other federal statutes that prohibit discrimination and/or harassment are The Americans with Disabilities Act of 1990 (ADA) and the Age Discrimination in Employment Act of 1967 (ADEA).  In Illinois, anti-discrimination, anti-harassment acts include The Illinois Human Rights Act, The Illinois Civil Rights Act of 2003 and the Equal Pay Act of 2003.